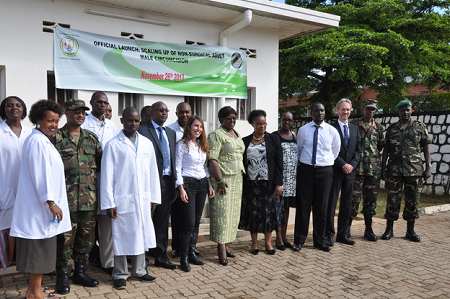 Adult men will be able to access the Voluntary Medical Male Circumcision (VMMC) services which now targets over 700.000 adults (between 15-49 years) in the scale up program.

The non-surgical method was launched on November 26, 2013 in Kigali by Rwandaâ€™s Minister of Health, Dr. Agnes Binagwaho.

The method was developed by Tzameret Fuerst, who are medical experts and co-founders of Prepex. It was first tried in Rwanda and has also been fully approved by the world health organization after a three year clinical and rigorous evaluation process.

Though the countryâ€™s HIV prevalence is at a low rate (3percent), the Minister of Health Dr. Agnes Binagwaho says that the method is timely and will enable the country to have a grip on the scourge by preventing more infections and enabling the infected ones to get assistance.

â€œThis method is the first of its kind that will scale up the VMMC services and curb the rate of HIV infection in Rwanda.Â  We will deploy it along other existing methods of prevention coupled with behavioral change initiatives,â€ Dr. Agnes Binagwaho said.

The minister also stated that though Rwanda has been the first country to use the method, the problem of HIV/Aids is a crosscutting issue that calls for the involvement of everyone.

She said that Rwandans have showed a lot of interest in the Prepex method despite the fact that the country is limited by resources to meet the demand.

According to the Minister, government will open up more health centers, mobilize and train more human resource to provide the services at all community levels, and also solicit the funds needed to actualize the set goals of promoting male circumcision.

Prepex becomes the first device for adult circumcision to receive WHO approval and according to US Global AIDS coordinator Ambassador, Eric Goosby – it is believed to be â€œa method that will truly save livesâ€.

The UNAIDS estimates that the circumcision effort would prevent 3.4 million HIV infections and it will need about $16.5 billion for the goal to be achieved. 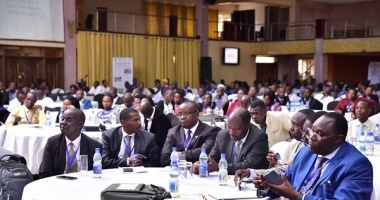 National Quality Improvement Conference was held in Kampala on