EAC Secretariat handing Over Mobile Labs to the Republic of Burundi 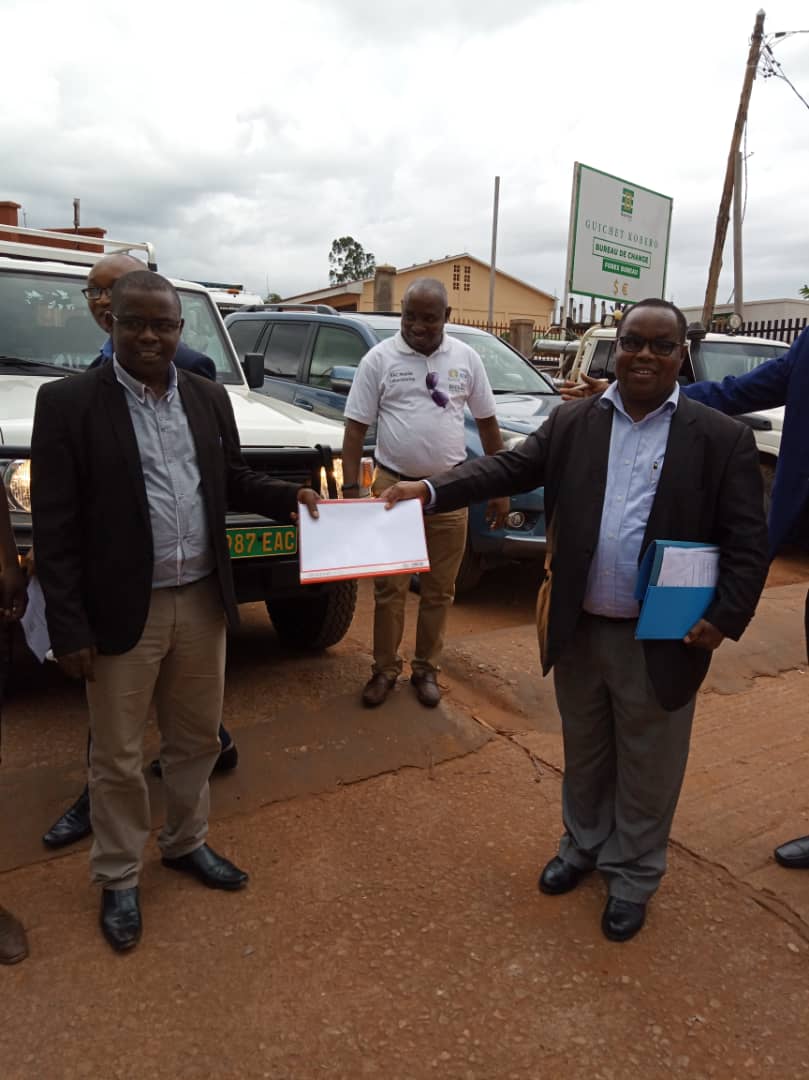 The East African Community Secretariat has handed over a mobile laboratory containing equipment and consumables including COVID-19 testing kits to the Republic of Burundi at the Kobero border post on the Burundi/Tanzania border.

Prof. Joseph Nyandwi, the Director General of the National Institute for Public Health in Burundi, received the mobile laboratory consignment on behalf of the country's Minister of Public Health and Fight Against AIDS, Dr. Thadee Ndikumana.

Prof. Nyandwi thanked the EAC Secretariat for the support which he said comes in at a time the country and the world was fighting to curb the spread of the HIV/AIDS pandemic.

Mr. Wilberforce Mariki, the Director of Planning at the EAC Secretariat, who represented EAC Secretary General Amb. Liberat Mfumukeko at the handover ceremony, disclosed that the mobile labs project was an initiative of the Community to strengthen Public Health Reference Laboratories network within the six EAC Partner States.

Mr. Mariki said that the project would enhance the capacity of the Partner States to detect and respond to pathogens that could result in epidemics or pandemics in the region such as Ebola and the coronavirus.

Mr. Mariki hailed the Federal Republic of Germany through KFW, the German Development Bank, for assisting EAC with the necessary financial and technical support to get the mobile labs running.

He said that in addition to the items being handed over to the Partner States, the project had also purchased Polymerase Chain Reaction (PCR) machines that would be dispatched to the Partner States once they are delivered to the Secretariat, in order to complete the testing capacity of each mobile lab.

Two trainers of trainers and two drivers have already been trained by the project to enable them handle the labs effectively.

Also in attendance at the event were the Director General of the Productive and Social Sectors at the Ministry of EAC Affairs in Burundi, Aimee Nkurunziza, officials from Burundi's Ministry of Health and the EAC Secretariat, and members of the public.